Fourteen miles east of Peachtree, Alabama, a secret is hidden. That secret’s name is Annabel Lee Truckson, and even she doesn’t know why her mysterious uncle has stowed her deep underground in a military-style bunker. He’s left her with a few German words, a barely-controlled guard dog, and a single command: “Don’t open that door for anybody, you got it? Not even me.”

Above ground, a former Army sniper called The Mute and an enigmatic “Dr. Smith” know about the girl. As the race begins to find her, the tension builds. Who wants to set her free? Why does the other want to keep her captive forever? Who will reach her first?

Private investigators Trudi Coffey and Samuel Hill need to piece together the clues and stay alive long enough to retrieve the girl–before it’s too late.

Mike Nappa is an entertainment journalist at FamilyFans.com, as well as a bestselling and award-winng author with more than one million books sold worlfwide. When he was a kid, th stories of Edgar Allen Poe scared him silly. Today he owns everything Poe ever wrote. A former fiction acquisitions editor, Mike earned his MA in English literature and now writes full-time. He is the author or Annbel Lee and The Raven and is co-author of Dream Within A Dream. 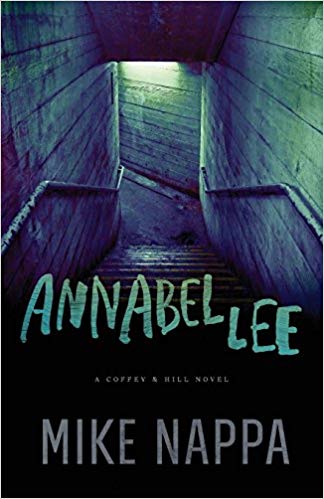